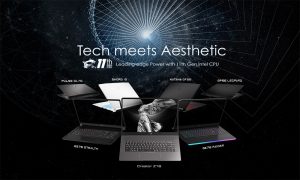 new lineup of gaming laptops begins with upgrades to the powerful GE Raider series of laptops. The GE76 and GE66 Raider series benefit from Wi-Fi 6E and NVIDIA®️ GeForce RTX™️ 3080 Laptop GPU with full TGP up to 165W for extreme gaming performance. Displays up to 360Hz or QHD 240Hz increase gaming speed while MSI’s Cooler Boost 5 technology keeps the system running smoothly. The GP Leopard series is also receiving NVIDIA®️ GeForce RTX™️ 3080 Laptop GPU and the latest 11th Gen Intel®️ Core™️ i7 Processors.
The award-winning Stealth series is bringing lightweight gaming power with the sleek and sophisticated GS76 Stealth now having a new panel with up to QHD 240 Hz for better visual performance.
The Pulse GL76/66 comes with pulsating power. The laptops use NVIDIA®️ GeForce RTX™️ 3060 Laptop GPU along with a redesigned heat pipe and integrated MSI thermal grease that generates more airflow for lower temperatures.
With the Sword 17/15, Katana GF76/66, you can now sharpen your game like never before. Powered by NVIDIA®️ GeForce RTX™️ 3060 Laptop GPU and featuring independent number

pads, the Sword and Katana GF laptops are more than just entry-level gaming configurations; they are your first partner for long-lasting battles in the virtual world. 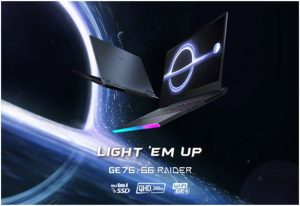 With a renewed focus on the creative and business markets, MSI’s new lineup of laptops reflects the brand’s dedication to artistry in all forms. MSI is not only putting performance onto the table, they are displaying new design to watch over people’s needs. Whether it’s nights spent gaming, days in the office, or creative work from anywhere, MSI is truly ambitious to expand their territory to enhance everyone’s every day with better experience.
The all new 11th gen products are now available in Bangladesh, please visit MSI store for more information

All WASA bills across the country can be...

OPPO gives you lucky chance to remember your...

Payment through bKash at Domino’s Pizza