The country’s electronics giant Walton has initiated ‘TV Exchange Offer’ for the across the country. As per this offer, Walton TV’s Marketing In-charge Maruf Hasan said, customers are allowed to purchase Walton’s brand new LED and Smart TV at lucrative discounted prices in exchange of their running and inactive or faulty CRT (Cathode Ray Tube) televisions of any brand. 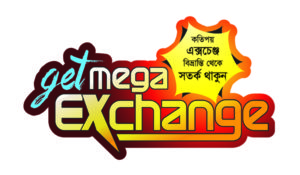 Centering the upcoming Eid-ul-Azha, Walton also declared a special offer for its television customers. Customers may get free fridge in every hour through registering their televisions just after the purchase from any Walton Plaza or distributor outlets between 10 am to 10 pm.

Walton’s Executive Director Uday Hakim said, Television’s technologies have been changed radically. LED televisions have gained huge popularity among all classes of people due to its some uniqueness like vivid picture, clear sound and eye protective compared to the CRT TV, mentioning it he said, the prime objective of initiating exchange offer is to bring benefits of television’s technology to every home of the country.

According to Walton authorities, customers are now enjoying 6 months replacement guaranty; up to 4 years guaranty on TV panels and easy installment facility up to 36 months. Walton is delivering swift and best post sales services to its customers through more than 70 service centers across the country under the ISO standard service management system.

First half of 2019 of Publishing Reportfor Grameenphone

Walton prepares a road map to be the...

Kaspersky Lab to expand its business in Bangladesh...