Huawei Mobile Services recently presented a keynote at the Global Connects India conference, one of the top events for the internet industry in both India and China that was recently hosted by Beluga Global. The launch highlighted potential opportunities for content developers and providers to expand outside of India in industries such as online entertainment, internet finance, cross-border e-commerce, game release and even online education.

Huawei Mobile Services has connected more than 300 India developers at the event itself, enabling them to expand and reach out to millions of Huawei and Honor smartphone users worldwide, through HUAWEI Developer platform. The significant growth of Huawei Mobile Services users in Asia Pacific increases from 30 to 50 percent monthly that draws the big attention of developers especially on HUAWEI AppGallery.

The expansion of technological infrastructures that support internet and mobile connections in Asia Pacific has been translating the phenomenal growth of new internet users within the region in the recent years, thus experiencing a rapid growth of internet, digital, social media and mobile activity. According to the Digital in 2018 report, Asia Pacific is home to over two billion internet users, equating to an internet penetration rate of 48 percent. 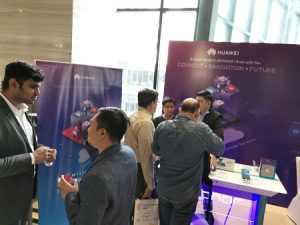 According to the 2017 Mobile Adobe Digital Insights (ADI) report, smartphones were the source of 500 million new internet users globally, with India and China contributing a staggering 366.3 million new consumers and Indonesia, 15.7 million. Such growth is expected to continue in a similar trend for more years to come. The large and growing digital population should help sustain digital business expansion and keep on attracting more businesses online, providing new ways for marketing in the Asia Pacific market and enhancing the fast-growing e-commerce sector.

With Huawei Mobile Services making a clear footprint in India now, it marks a long-term expansion and growth in the large market. This enables entrepreneurs from different industries and brands to be exposed to infinite opportunities in expanding a wider outreach to the audiences outside of India such as Asia Pacific including China, and vice versa. Content developers and start-ups in India are now able to explore the road of entrepreneurship on HUAWEI Developer platform.

It is through the youth that the dreams...